Past Competitions and Historic Convenings - ACLS
Skip to main content

Past Competitions and Historic Convenings

ACLS has funded tens of thousands of humanistic scholars and projects and convened initiatives that have directly influenced the fields and teaching of the humanities and interpretive social sciences.

ACLS began awarding fellowships and grants to individual scholars in 1926. That year, drawing on funds from one of the Rockefeller philanthropies, the ACLS Committee on Aid to Research distributed grants of up to $300 each to 21 applicants.

Through the following century of service in supporting scholars, ACLS has funded tens of thousands of humanistic scholars and projects and convened and actively participated in initiatives that have directly influenced the fields and teaching of the humanities and interpretive social sciences. These include:

ACLS Collaborative Research Fellowships, which began in 2009, supported small teams of scholars collaborating intensively on a single, substantive project in the humanities and interpretive social sciences, leading to a tangible research product (such as joint print or web publications) for which the collaborators took equal credit. The program was funded by a generous grant from The Andrew W. Mellon Foundation. Over a decade, the program awarded fellowships to 162 scholars as part of 76 unique projects.

The New Faculty Fellows program allowed recent PhDs in the humanities to take up two-year positions at universities and colleges across the United States. ACLS launched the program in partnership with The Andrew W. Mellon Foundation in 2009 to support emerging PhDs in the humanities and interpretive social sciences confronting an increasingly “jobless market.” During four competition cycles, the program supported 168 New Faculty Fellows at 50 participating universities.

Learn More About Past Programs

The Mellon/ACLS Public Fellows program demonstrated the dynamic potential of the humanities PhD. Nearly 190 fellows were placed with nonprofit and government organizations across the United States to pursue substantive portfolios of work. 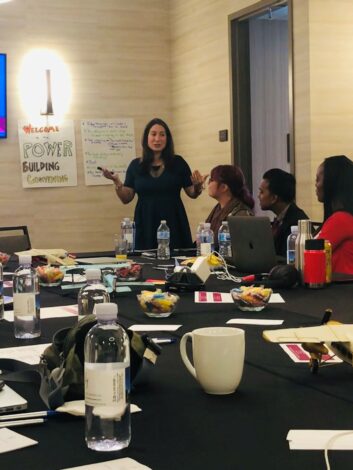 Over two decades, this program supported scholars in the years immediately following the granting of tenure through year-long residencies at independent research centers and universities. 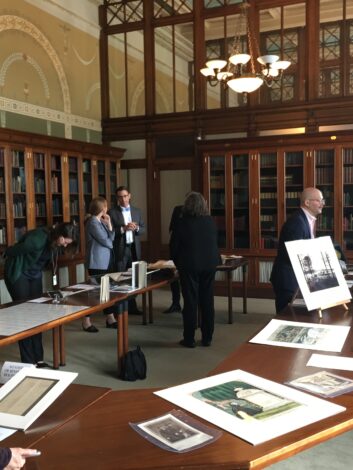 The Postdoctoral Partnership Initiative aimed to utilize postdoctoral funding to advance institutional aims, such as the diversification of the faculty, while also supporting emerging scholars in responsible ways. 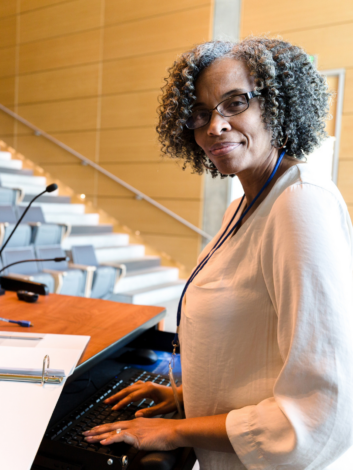 The Luce Fund for Asian Studies Capstone Conference (LFAS), organized by ACLS with a grant from the Henry Luce Foundation, was held in Princeton, NJ on October 12-14, 2007. The conference initiated a conversation among LFAS faculty members, the Luce Foundation, and ACLS about the role of area studies in liberal education, the relationship between teaching and research in career planning, and the challenges and satisfactions of being an Asian studies specialist at a liberal arts college. The Conference also aimed to assess the impact of the Luce Foundation’s grants to LFAS faculty’s respective institutions and to discuss new approaches to teaching Asian studies to undergraduates.

IAH’s mission, membership, and program brings new representation from the post-Soviet region to the international scholar community through the sharing of scholarship, the exchange of information about opportunities as well as difficulties in regional humanities, and by direct interactions among different scholarly communities. In 2010-11 and 2011-12, IAH conducted competitions for short-term grants on the model of the ACLS Humanities Program. The working languages of IAH are Belarusian, English, Russian, and Ukrainian.

Over a decade, the ACLS Digital Innovation Fellowship program supported digitally based research projects in all disciplines of the humanities and interpretive social sciences. The projects awarded advanced digital scholarship by broadening understanding of its nature and exemplifying the robust infrastructure necessary for creating further such works. With the support of The Andrew W. Mellon Foundation, ACLS awarded 60 fellowships to a diverse group of scholars pursuing groundbreaking digital research.

With funding from The Teagle Foundation, a small group of faculty members, college deans and presidents, education researchers, and learned society past presidents met three times over 18 months to investigate the relation between the teacher-scholar model of undergraduate education and student learning outcomes. A resulting white paper entitled ”Student Learning and Faculty Research: Connecting Teaching and Scholarship” was published in May 2007.  Learn More.

With support from The Andrew W. Mellon Foundation, ACLS appointed a national Commission on Cyberinfrastructure in the Humanities and Social Sciences. John Unsworth, dean of the Graduate School of Library and Information Science at the University of Illinois, Urbana-Champaign, chaired the commission. In 2004, the commission carried out research, hearings, and consultations to gather information and develop perspective about how scholars in the humanities and interpretive social sciences were using digital tools and technologies and transforming their practices of collaboration and communication. A draft report was issued in 2005 for public comment, the intended audience being the scholarly community and the societies that represent it, university provosts, federal funding agencies (including but not limited to the NSF), and private foundations. Learn More.

Organized by ACLS with financial support from the Ford Foundation, the Social Science Translation Project brought together translators, editors, and social scientists to discuss problems arising from the translation of a variety of texts that employ social-scientific concepts. The guidelines that resulted, Guidelines for the Translation of Social Science Texts, were published in eight languages. Learn More.

Learn More About Past Programs

CEEVN administered and supported educational and academic exchanges between Vietnam and the United States for nearly 30 years. 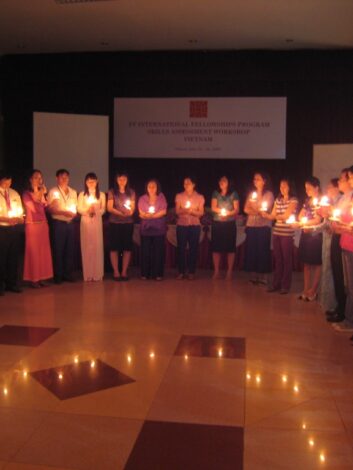 The Humanities Program in Belarus, Russia, and Ukraine supported humanities scholars doing exemplary work in the former Soviet Union during a time of crisis. 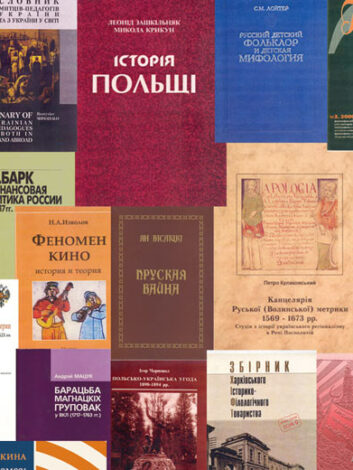 The Social Science Translation Project brought together translators, editors, and social scientists to discuss problems arising from the translation of a variety of texts that employ social-scientific concepts. 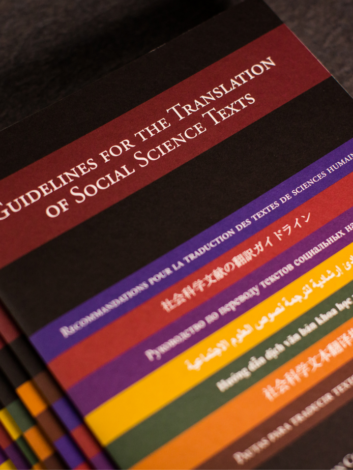 The Charles A. Ryskamp Research Fellowships, which ACLS offered from 2001 through 2015, provided advanced assistant professors and untenured associate professors in the humanities and interpretive social sciences with time and resources to pursue their research under optimal conditions. The Ryskamp Fellowships particularly recognized those whose scholarly contributions have advanced their fields and who had well-designed and carefully developed plans for new research.

Generously funded by The Andrew W. Mellon Foundation, these fellowships were named for Charles A. Ryskamp, literary scholar, distinguished library and museum director, and long-serving trustee of the Mellon Foundation. The program recognized 181 outstanding scholars with fellowships.

The ACLS Humanities Program in Belarus, Russia, and Ukraine (HP BRU) was established in academic year 1998-99 with funding from Carnegie Corporation of New York. The principal activity was the distribution of grants to individuals in these three countries to support humanities scholars doing exemplary work in the former Soviet Union during a time of crisis. ACLS worked closely with scholars in the region who represent a variety of disciplines: they advised on program design and helped distribute publicity and review applications. The review process included prescreening by scholars in the United States. Final decisions on awards were made by the Selection Committee. Learn More.

Training centers in Bratislava, Budapest, Lublin, Prague/Olomouc, and Warsaw designed and carried out programs for over 5,000 current and future teachers, preparing them to teach new subjects related to constitutional democracy, develop curricular materials, and conduct related activities for teachers, students, and the general public. ACLS also organized annual meetings for regional communication as well as occasional workshops on teaching methods, new forms of assessment, and school reform as part of the project. Read the final report, “Assumptions and Lessons Learned.”

The ACLS Center for Educational Exchange with Vietnam (CEEVN) administered and supported educational and academic exchanges between Vietnam and the United States. The Center managed over $45 million in grants and funded nearly 2,000 fellowships, study tours, and grants to Vietnamese scholars and institutions. Learn More.

From 1987 to 1989, ACLS organized a project on comparative constitutionalism with major support from the Ford Foundation. The project convened six international institutes: Punta del Este, Uruguay; Chiangmai, Thailand; Harare, Zimbabwe, Africa; Berlin, Germany; Pecs, Hungary; and Princeton, New Jersey which discussed constitutionalism across academic and professional disciplines, cultures, regimes, and time. Essays from each institute were published in Constitutionalism, Democracy, and the Transformation of the Modern World (Oxford UP, 1993). A final report was published as ACLS Occasional Paper No. 13.

ACLS Study Fellowships, offered from 1962 to 1983, supported professional development, giving scholars who were accomplished in one specialization the opportunity to gain competence in another field relevant to their research.

In 1962, the ACLS American Studies Program, with Ford Foundation funding, began offering fellowships that enabled overseas scholars who taught American history, literature, law, economy, or government to conduct research at US colleges and universities. Over thirty-five years, the program awarded 1,389 fellowships to faculty from East Asia and in Western and Eastern Europe. Many of these ACLS fellows became leaders of American studies associations in their home countries.

The ACLS Grants-in-Aid program provided funds for postdoctoral scholars in support of individual research. Grants-in-Aid could be used to fund travel or access to research collections and materials. Funders included the Ford Foundation, the John D. and Catherine T. MacArthur Foundation, and the National Endowment for the Humanities.