In April 2022, ACLS awarded 24 Sustaining Public Engagement Grants as part of a $3.5 million responsive funding program made possible by a grant from the National Endowment for the Humanities (NEH) as part of the Sustaining the Humanities through the American Rescue Plan (SHARP) initiative.

As part of UMBC’s Public Humanities program, the Baltimore Field School 2.0 creates a framework for collaboration with community partners to build ethical and sustainable research and teaching projects focused on public humanities. Meet their 2022-2023 Community Fellows cohort, announced in September 2022.

Community-based Knowledges and Visions for Racial, Health, and Climate Justice 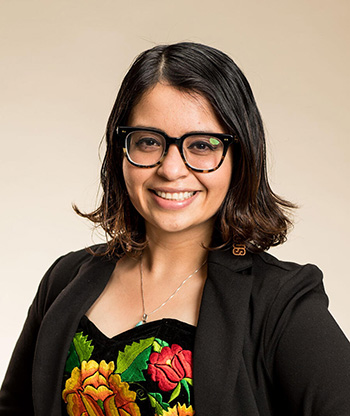 Led by the department of Gender, Race, and Identity (GRI), this year-long collaborative programming series features Northern Nevada’s underrepresented communities and includes a related undergraduate/graduate colloquium and an undergraduate internship course. On October 13, the first event featured Jessica Hernandez (Binnazá & Maya Ch’orti’) speaking on “Indigenous Knowledge for Climate Justice.” The next event “What is Health Justice?” will feature a panel of community and campus speakers on November 16.

Connecting Through Life Histories of Perseverance and Resilience

This broadcast series on Hawai’i Public Radio’s “The Conversation” features excerpts of life histories from the UH-Manoa (UHM) Center for Oral History archive. Listen to the latest episodes:

The VCU East Marshall Street Well (EMSW) Project is a descendant-community-driven effort, implemented to restore dignity to human remains from the nineteenth century and primarily of African descent, discovered in an abandoned well on campus. A recent article highlights their work on public education, community research, and public communication around the East Marshall Street Well and its history of structural and medical racism.

True community engagement is being thoughtful and intentional in having a diversity of people and voices involved in the process from beginning to end. It especially involves people who are most impacted – the families of the ancestral remains. Gwen Whiting

The MexiCali Biennial: The Land of Milk and Honey

Partners include California State University, San Bernardino, Santa Cruz Museum of Art and History, the Cheech Center for Chicano Arts and Culture of the Riverside Art Museum, and more

Presented by The MexiCali Biennial, The Land of Milk and Honey is a series of multi-disciplinary traveling arts and culture programs focused on the ideological concept of agriculture in the regions of California and Mexico. As part of the program, the exhibit is now on view at the Santa Cruz Museum of Art through December 31, 2022