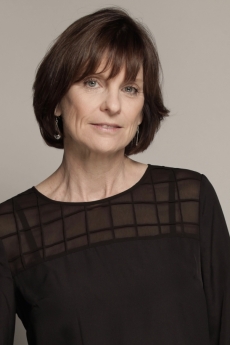 Melani McAlister is a professor of American studies and international affairs at Columbian College of Arts and Sciences, The George Washington University. She specializes in the multiple “global visions” produced by and for Americans. In her writing and teaching, she focuses on the ways in which cultural and political history intersect, and on the role of religion and culture in shaping US “interests” in other parts of the world. Her own interests include nationalism and transnationalism; cultural theory; religion and culture; the rhetoric of foreign policy; and cultural and media history (including television, film, print, and digital).

McAlister has recently published The Kingdom of God Has No Borders: A Global History of American Evangelicals with Oxford University Press. She is also the author of Epic Encounters: Culture, Media, and U.S. Interests in the Middle East since 1945 (rev. ed. 2005, orig. 2001), and the co-editor, with R. Marie Griffith, of Religion and Politics in the Contemporary United States (2008). In 2017, McAlister received an NEH grant to begin work on her next project, an affective and cultural history of humanitarianism in the Cold War. McAlister has published in a broad range of academic journals, including the Journal of American History, Diplomatic History, American Literary History, American Quarterly, and South Atlantic Quarterly. She has also written for The Washington Post, The New York Times, The Atlantic, and The Nation, and has spoken to a broad range of media outlets about US-Middle East relations and US evangelical life and culture, including PBS, CNN, BBC, Al Jazeera, Irish Radio One, and national television stations in Germany, Austria, and Iran.

McAlister received her PhD in American Civilization from Brown University and her BA in International Affairs from the University of North Carolina-Chapel Hill. She has been a fellow at Princeton’s Davis Center for Historical Studies, a faculty fellow at University of Pennsylvania’s Annenberg School of Communication, and a fellow at Princeton’s Center for the Study of Religion. She has served on the International Advisory Board of the Center for American Studies and Research at the American University of Beirut, and as a member of the editorial boards of Modern American History, American Quarterly, the Journal of American History, and Diplomatic History. She has lectured at dozens of universities, both nationally and internationally. She has also served as a consultant and lecturer for American studies programs and institutes in Egypt, Lebanon, Syria, Israel, and Palestine.