Frederick Burkhardt earned BA and PhD degrees in philosophy at Columbia University. He was a member of the Philosophy Department of the University of Wisconsin until joining the US Navy in World War II. While serving in the Navy, he was seconded to the Office of Strategic Services, serving not only with other scholars such as Felix Gilbert and Carl Schorske, but also with the artist and illustrator Saul Steinberg. (After the war, Fred helped expedite Saul Steinberg’s demobilization, a favor Mr. Steinberg later repaid with a drawing of Pegasus perched on a tortoise: perhaps an allegory for the soaring hopes of scholarship amid difficult conditions.) Fred’s return to the University of Wisconsin was brief; in 1947, he was named President of Bennington College where he served for ten years, with an interruption in 1950-51 to serve as the Deputy Director of the Office of Public Affairs of the US High Commission for Germany. When he was appointed to Bennington, Fred was the youngest president of any college in the country.

Fred first became a member of the ACLS Board of Directors in 1950, a moment, he later recalled, that “was not a happy time for either the ACLS or the humanities.” The Council’s traditional foundation supporters were abandoning it and its programming was consequently haphazard. In 1955, Howard Mumford Jones, Chairman of the Board of Directors, was convinced that new leadership was essential and asked Fred if he would become the permanent head of the Council (the title being changed to “president” from “director”). In his autobiography, Jones characterized Fred’s acceptance of the offer as “an act of courage for which I admire him to this day.”

Fred recruited more than eighty colleges, universities, and research libraries as Associates of the ACLS that subscribe annual support. He established the ACLS endowment, which is now valued at more than $90 million and thereby assures that the Council can serve permanently as a source of support for humanities research in the United States. Fred greatly expanded the international programming of ACLS, working with the Social Science Research Council to establish a series of committees to promote research and teaching on area studies; creating the International Research and Exchanges Board for academic contact with the USSR and Eastern bloc countries; initiating with other organizations—in advance of “ping-pong diplomacy”— the Committee on Scholarly Communication with the People’s Republic of China; and founding in 1961, the American Studies Program, which for thirty years brought scholars from abroad to do research in American history, literature and other fields at universities in this country.

These achievements were facets of Fred Burkhardt’s larger project: the promotion of a wider public understanding of the value of the humanities to the common weal. Fred became ACLS president in the same year that the launching of Sputnik shocked the Congress into passing the National Defense Education Act. In his first Annual Report as president, Fred applauded the new support for education but worried about how the US could assure both wholesome and holistic support for academic research. “We must find ways for scholarship to serve the national interest without becoming indentured to it, of providing the competences commensurate with the education potentialities of free individuals,” he wrote. “[I]t must be remembered,” Fred stressed, “that the strength of a democratic society encompasses intellectual excellence of all kinds, in literature as well as in technology.”

Helping to bring about sustained federal support for the humanities was one of Fred’s many achievements. In 1961, under his leadership, ACLS together with the Council of Graduate Schools, and the United Chapters of Phi Beta Kappa, appointed a Commission on the Humanities. Their report made the case for the creation of a National Foundation for the Humanities and the Arts. When testifying before Congress on the bill to establish the National Endowment for the Humanities, Fred stressed the broad public purpose of the initiative. “If what was at stake here was nothing more than the pleadings of a group of scholars who wanted more for themselves, or who were selfishly concerned for the advancement of their own narrow specialties, I can assure you that I would not be appearing before you today. Or, if I did appear, it would be to take the other side.” He emphasized the larger purpose of supporting the humanities, asserting that “any civilization will be a living force in the world of the future to the extent that it values and nurtures the creative forces of art and the humanities, of philosophy and science.”

While ACLS president, Fred was an active public citizen, serving as a member of the New York City Board of Higher Education from 1966 to 1973, and as its chairman from 1969 to 1971; as a member of the Board of Trustees of The New York Public Library from 1970 to 1971, and as chairman of that board in 1974; and as Vice-Chairman of the National Advisory Commission on Libraries from 1966 to 1968. President Nixon appointed him Chairman of the US National Commission on Libraries and Information Science in 1971; he was reappointed to that post by President Ford and served until 1978. He was elected Vice Chairman of the United States Commission for UNESCO in 1961. He was a founding Director of the Alfred Harcourt Foundation, serving on its Board from 1962 to 2004. Fred was an elected member of the American Philosophical Society, a Fellow of the American Academy of Arts and Sciences, a Fellow of the American Antiquarian Society, and an elected Honorary Fellow of Clare Hall, Cambridge University. He was awarded honorary degrees by Ball State University, the University of Michigan, and Columbia University. In 2003, the American Philosophical Society awarded him the Thomas Jefferson Gold Medal for Distinguished Achievement in the Arts, Humanities and Social Sciences. In 2005, the History of Science Society honored Fred with a special citation for outstanding service to the field. Both the American Philosophical Society and the ACLS have named fellowships for scholars in his honor.

As Fred prepared to retire from ACLS in 1974, he conceived of two extensive editorial projects to which he dedicated his energy and erudition until shortly before his death. The first of these was The Works of William James, a nineteen-volume edition completed in 1987. An even more massive effort, The Correspondence of Charles Darwin, began in 1976 with Fred as its general editor, a position he held at his demise. When completed, the Darwin Correspondence will fill thirty-two volumes. Fifteen volumes have been published thus far, to great critical acclaim. Reviewing the first volume of the Correspondence in The New York Times Book Review, Stephen J. Gould wrote: “An hour with this book will convince anyone that the proper compilation of correspondence is . . . a high form of scholarship.”

Discover More About Frederick Burkhardt
National Commission on the Humanities 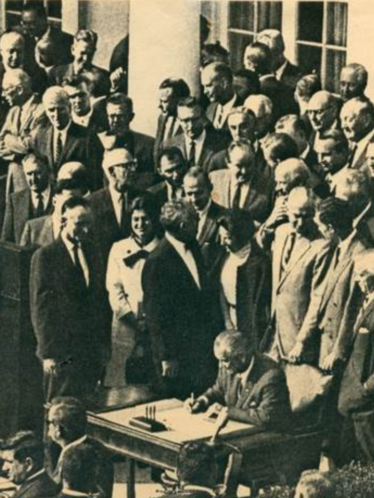 Read the Committee’s report and Burkhardt’s testimony to US Senate and House Committees, both of which encouraged the establishment of the National Endowment of the Humanities in 1965. 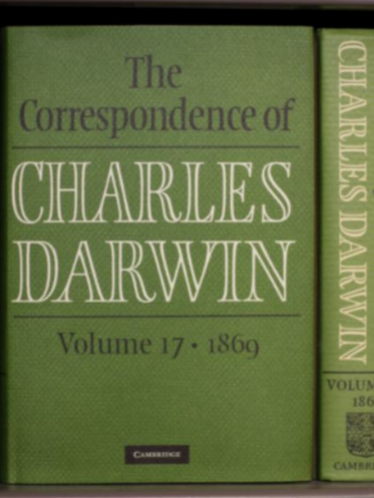 Established by Burkhardt 1974, the former ACLS President served as general editor of the Darwin Correspondence Project until his death in 2007. This expansive research project continues to thrive, with the final of its 30 volumes scheduled for publication in 2022.

Remarks on the 75th Anniversary of the ACLS 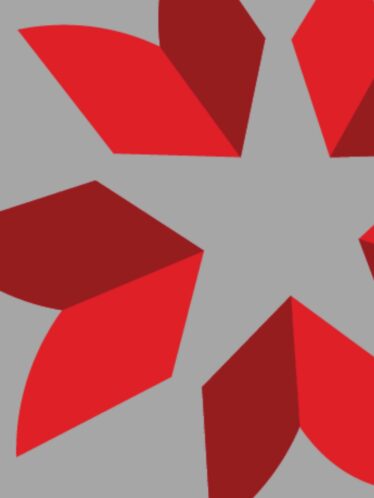 Burkhardt shared his reflections on his time at ACLS during the 75th Anniversary Reception in 1994. 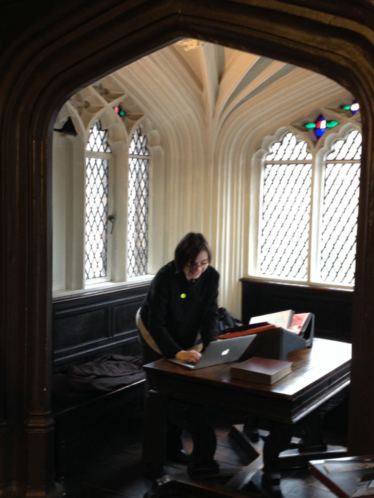